HAVE AN IMPACT ON DEVELOPMENT: MAKE COOPERATION ACROSS BORDERS A REALITY

HAVE AN IMPACT ON DEVELOPMENT: MAKE COOPERATION ACROSS BORDERS A REALITY 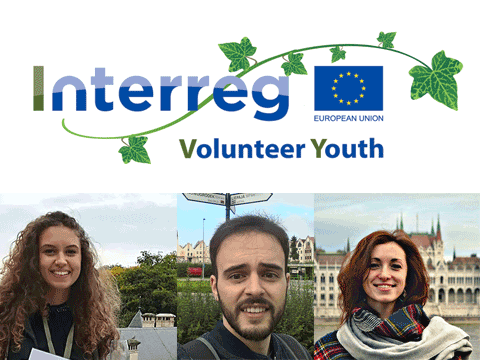 "Interreg Volunteer Youth" (IVY) is an action to offer the possibility to young people aged 18-30 to serve as volunteers in cross-border, transnational or interregional programmes and related projects.

European Territorial Cooperation (also referred to as Interreg) builds on solidarity and shows real European integration on the ground. By involving young people in Interreg, IVY aims at fostering a greater sense of European belonging, citizenship and civic engagement among young people. The volunteers experience cooperation and learn about the very local and concrete achievements of Interreg programmes and projects, while also contributing to it and becoming aware of the many benefits of collaboration across borders.

Volunteers support, promote and report the concrete achievements of Interreg programmes and projects, as well as generally promote cooperation and related values, across European borders and beyond. While helping their host organisations, volunteers acquire a unique experience of personal growth and gain skills that they can employ in their future experiences.

Candidates from the following countries can participate:

-Switzerland and the United Kingdom;

*Following the Russian military aggression against Ukraine, the European Commission has suspended the cooperation with Russia and its ally Belarus in the European Neighbourhood Instrument cross-border cooperation programmes (ENI CBC). The decision includes also their participation in the IVY Programme, and therefore also the involvement of candidates from Belarus and Russia.

All volunteers receive a financial support (18 to 32 euros per day depending on the country where they are based), a contribution to travel costs and full insurance. Each experience can be 2 to 6 months long.

Find more details on the Interreg Volunteer Youth initiative here, both as potential mentor and volunteer.